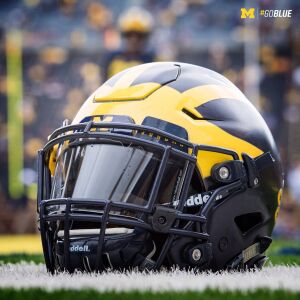 Mr. Calvin Michael Kolp, 65 of Lake Worth, Florida died suddenly on June 23, 2021 at his mother's home on Gaylanta Lake. He was born on August 31, 1955 in Detroit, Michigan to Calvin August and Carol (Toliver) Kolp. Calvin began visiting Lewiston when he was only a year old and later on would build his dream retirement home on Gaylanta Lake. Unfortunately, the home was lost in a fire and both him and his wife, Casey, decided to move to Florida where they both owned and operated two Jet's Pizza locations in Boca Raton and Royal Palm Beach. Calvin was a member of the American Legion, the Eagles, and the VFW. He worked on top secret projects for the United States Army and was very proud of his job. Calvin enjoyed cars but his biggest passion was watching college football and cheering for the University of Michigan Wolverines. Most importantly, he valued time spent with family and will be deeply missed.

He is survived by his loving wife, Casey Kolp of Lake Worth, Florida; children, David (Angela) Kolp of Grosse Pointe Woods; Kristen (Ryan) Kolp-Cueny of Washington Township; Deanna Pardo; and Jerry (Monica) Pardo both of Lake Worth, Florida; grandchildren, Angelina, Thomas, Ruby, and one on the way in September; brother, David Kolp of Macomb; mother, Carol Kolp of Atlanta; numerous childhood friends, aunts, uncles, cousins, and extended family. He was preceded in death by his father, Calvin.

Funeral services for Mr. Kolp will take place on Monday, June 28, 2021 at 11:00 AM at Green Funeral Home, Lewiston. Visitation will take place on Sunday, June 27, 2021 from 4:00 PM until 9:00 PM and again on Monday from 10:00 AM until time of service. Interment will follow services at Briley Township Cemetery, Atlanta where Calvin will be laid to rest.

To send flowers to the family or plant a tree in memory of Calvin Michael Kolp, please visit our floral store.