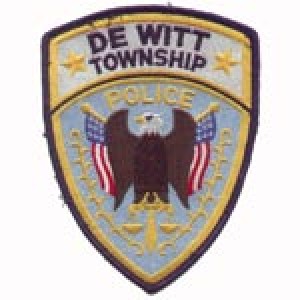 On Tuesday, August 4, 2020 at 10:06 a.m. Carroll Dean Lee passed away at the age of 91. Carroll was born on September 28, 1928 in Clio, Michigan to Harold Lee and Loia Church Lee. He met his wife of almost 71 years, Georgene, in Lewiston after her father (Marsden Wilson) umpired a softball game he played in. A harmonious, playful, and loving match in every way, Georgene and Carroll enjoyed speeding through town (sometimes standing up) on motorcycles during their courtship. They were married on October 1, 1949, after which Carroll worked in Lewiston at a local automobile garage before moving his family to Lansing, where he joined the police force. Almost immediately, he qualified to be on the force’s elite pistol team. As such skill would suggest, Carroll was never satisfied with the status-quo; he continually pushed himself, working his way from Detective to Captain—to attending the national FBI Academy—and, finally, becoming Chief of the Dewitt Township Police, where he served until he retired. After his retirement, Carroll and Georgene moved back to Lewiston, where he enjoyed playing on elite bowling teams, golfing, fishing, hunting, and woodworking.

It may seem an exaggeration that everything Carroll committed to was undertaken with utmost care, meticulous attention, and top-notch performance; however, anyone who knew him knows it to be true. The legacy he leaves is a rare treasure: it is one of integrity, honesty, love, and innovation – qualities which he impressed upon in his children, grandchildren, great-grandchildren, and great-great grandchildren.

A memorial service will be held at a future date. The family respectfully asks that in lieu of flowers and other condolences, a donation in his honor be made to the Fraternal Order of Police Foundation (FOP.net).