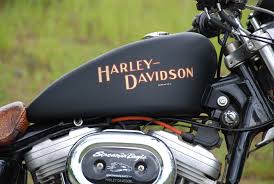 Mr. Eugene Paul Murray, 77 of Atlanta, Michigan died peacefully at Munson Hospice House in Traverse City, Michigan on February 28, 2022. He was born in Pontiac, Michigan to the late, Emanuel and Edna (Wilson) Murray on January 19, 1945. He married his wife, Shirlie Ann (Snyder) Murray on July 21, 1965 and together the couple celebrated 56 years of marriage before his passing. Eugene has been vacationing to the area for the past 40+ years having owned property here and moved here permanently after retirement. He worked for Ford Motor Company. He was a former member of the Atlanta Eagles and Imlay City Eagles and past member of the Atlanta Cruisers Car Club. He had a passion for speed, hot rods, motorcycles, race cars, or anything with a motor. He also enjoyed the outdoors and hunting, as well as time spent with family. He will be dearly missed.

In accordance with his wishes, cremation has taken place. The family has chosen to remember Eugene privately at this time. In lieu of flowers, donations may be made to the Michigan Parkinson Foundation.

To send flowers to the family or plant a tree in memory of Eugene Paul Murray, please visit our floral store.

You can still show your support by sending flowers directly to the family, or by planting a memorial tree in the memory of Eugene Paul Murray
Share a memory
© 2022 Green Funeral Home. All Rights Reserved. Funeral Home website by CFS & TA | Terms of Use | Privacy Policy | Accessibility