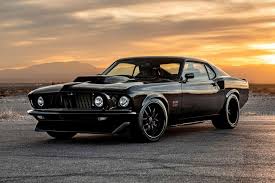 Mr. John Robert Clark, 48 of Johannesburg, Michigan died suddenly at his home on April 26, 2020. He was born in Flint, Michigan on February 26, 1972 to John and Ruth (Chaney) Clark. John has resided in Johannesburg for the last 20 years, formerly of Atlanta. He owned and operated Auto Glass One since 2004. John was a very social man. He played in numerous bands over the years, including "Aftermath," and "Bootleg." He cherished the moments he spent with his band mates during those times. He hosted a Halloween party every year with last year being the 20th anniversary. He loved old cars, especially muscle cars. He enjoyed being outdoors and fishing, camping, gardening, and mushroom picking. He valued the time he spent with his grandson the most, but loved all his children, and was an unofficial uncle to many. John will be deeply missed by those who knew him and loved him.

In accordance with his wishes, cremation has taken place. The family has chosen to remember John privately at this time. There will be a memorial gathering held in celebration of his life at a later date.

To send flowers to the family or plant a tree in memory of John Robert Clark, please visit our floral store.

You can still show your support by sending flowers directly to the family, or by planting a memorial tree in the memory of John Robert Clark