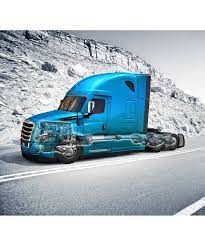 Mr. Robert Eugene Pena, 57 of Lewiston, Michigan died on June 11, 2022 surrounded by the love of his family after fighting a courageous battle with cancer. He was born in LaFayette, Indiana on December 21, 1964 to the late, Dominick and Viola (White) Pena. Robert married Lynette (Cox) Pena on September 18, 1998 and together the couple celebrated 23 years of marriage before his passing. Robert worked as a truck driver for numerous companies for 20+ years under the handle “Slo Ride.” He also worked for NTH Construction alongside his good friend, Dennis Nihranz. He enjoyed a variety of hobbies including watching NASCAR, fishing, wrestling, football, and rides on his Harley Davidson motorcycle. Robert was a very strong, social man and loved to visit with friends and family. He was a gypsy at heart and loved traveling. His last vacation was spent alongside his family when they traveled to Texas to help their daughter, Shelbey move. Robert often spoke about the trip and how much it meant to him. He leaves behind many loving memories, endless laughs, and family and friends that will miss him dearly.

In accordance with his wishes, Robert will be cremated. There will be a celebration of life held in Robert’s honor at a later date. The family would like to thank Hospice of Michigan for the compassion and care that was given to Robert.

To send flowers to the family or plant a tree in memory of Robert Eugene Pena, please visit our floral store.

A Memorial Tree was planted for Robert

Join in honoring their life - plant a memorial tree

You can still show your support by sending flowers directly to the family, or by planting a memorial tree in the memory of Robert Eugene Pena