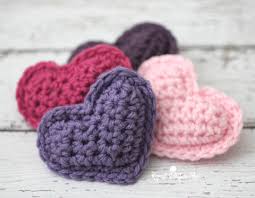 Mrs. Shirley Frances Hofer, 88 of Lewiston, Michigan died peacefully surrounded by the love of her family on August 7, 2020 at her home. She was born in East Detroit, Michigan on July 7, 1932 to the late, Francis and Margaret (Gill) Hellebuyck. She married her husband, Arnold Hofer, on November 24, 1949 and together the couple celebrated 70 years of marriage before Arnold's passing in April. Together they resided in Lewiston since 1990 having owned a cottage in the area since 1975. Shirley had a strong faith and was a devoted Catholic and a member of the St. Francis of Assisi Catholic Church. She was also on the council of catholic women diocese in Gaylord and a member of the American Legion Ladies Auxiliary. Shirley enjoyed a variety of  hobbies including baking, cooking, crafts, especially crocheting, and raising her family. She was also very proud of her work as head cook at Fair Acres Nursing Home in Armada. She had an intense love for her grandchildren and great-grandchildren and valued her time spent with them. She will be deeply missed.

A visitation service will be held for Mrs. Hofer on Wednesday, August 12, 2020 at the St. Francis of Assisi Catholic Church, Lewiston from 11:00 AM until 1:00 PM followed by a graveside service at the St. Francis of Assisi Catholic Cemetery; Fr. Al Pillarelli officiating. In lieu of flowers memorial contributions may be given to the family in which they will select the appropriate donor of their choice.