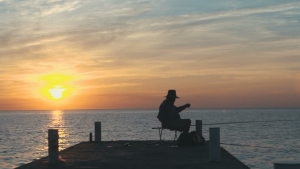 Mr. Willard "Bill" Wesley LaLonde, 90 of Johannesburg, Michigan died suddenly on June 26, 2021 at his home. He was born in Detroit, Michigan to the late, Eugene and Irene (Antaya) LaLonde on November 14, 1930. He married his wife, Mary Jo (Mudge) LaLonde on July 2, 1949 and together they celebrated 71 years of marriage before his passing. Bill was a member of St. Francis of Assisi Catholic Church. In the past he owned and operated two different Sunoco gas stations first in Detroit and then in Westland. He participated in a square dance club along with Mary Jo for several years. He was an outdoorsman and loved to hunt and fish. As a business man, he loved numbers. Bill was a proud, devoted husband and a family man who will be missed greatly.

Funeral services for Mr. LaLonde will take place at 11:00 AM on Thursday, July 1, 2021 at St. Francis of Assisi Catholic Church, Lewiston; Fr. Al Pillarelli officiating. Visitation will take place from 10:00 AM until time of service.

To send flowers to the family or plant a tree in memory of Willard Wesley LaLonde, please visit our floral store.